Donna South was on a count down. She had just 30 days until support for Weld Australia’s existing IT system was withdrawn. Here’s how Clade came to the rescue with CAMS, a cloud-based Association Management solution for a very diverse organisation.

Weld Australia has undergone a huge transformation over the past five years, culminating in a rebrand including a name change from the Welding Technology Institute of Australia.

The Association was also considering moving to a new IT system when the decision was taken out of its hands. “Our vendor told us they were shutting down the business, effectively giving us 30 days’ notice that our existing system would become unsupported,” says National Manager Membership & Marketing Donna South.

South immediately set about working with the heads of other business units and building a capability wish-list for each part of the business that would be most reliant on the system. She took the wish-lists and developed a capability matrix, then had the other stakeholders give each capability they scoped a priority rating. For South, risk management was the number one priority.

“I was adamant from the beginning that we wouldn’t be engaging any one-man bands, as we had with our previous vendor,” she says. “That had caused two nightmare scenarios in three years – first, when the original vendor who designed the system passed away suddenly, and then when the subsequent vendor shut down the business as it wasn’t financially viable.”

She was also determined not to rush into a decision even though time was limited.

“I’m pretty sure I researched, investigated and received demos on every platform on the market, which I whittled down to a short list of three,” she says.

South arranged demos of the shortlisted platforms for the other stakeholders, and then had them score the shortlisted demos against each of the items they had included on the capability matrix.

“This helped us to identify which systems would really be up to the task across multiple aspects of our very diverse organisation,” she says. “Of the three shortlisted, CAMS was one of two that could manage what we needed it to do, and I liked the reliability of Microsoft. I also like the potential for integration with our Office 365 system.”

Before preparing a business case for the board, South and Weld Australia’s Finance Manager developed a second matrix comparing upfront and ongoing costs.

“When I proposed Clade as our vendor the value proposition was key – Clade was the most expensive option, and so we had to be able to demonstrate the value we were getting for the spend” she says.

“I found Duncan and the rest of the Clade team really good to work with while we were scoping our requirements and getting our ducks in a row. Given that we were undertaking this project unplanned, unbudgeted and with very limited resources, having a good working relationship was going to be key to the project’s success.”

“Another important value-add provided by Clade was that they had the capabilities, and were willing, to take over the maintenance and support of our existing system for a period while we developed and transitioned to CAMS. This gave us great peace of mind, as we were conscious that that extracting the relevant data for migration was one of the biggest challenges we were going to face. We were well aware that now unsupported system’s history of being unreliable and temperamental made it a ticking time bomb.”

South used to joke that the Weld Australia’s old system had been in development since 2016.

“Being bespoke gave us a certain amount of flexibility, but you can have too much of a good thing,” she says. “We could add or change elements on a whim, which wasn’t always the right thing to do.”

There had also been an inherent challenge in gaining support from the technical developers, who were based offshore.

“We’ve been using CAMS in the real world for a few months now and, overall, it has afforded us a level of stability and reliability we’ve been missing,” she says. “Having proper CRM functionality is also a big plus for us, as we run a number of commercial business units in addition to membership.”

The system had only been live for a week or two when Weld Australia used CAMS to issue renewal notices and receive renewal payments.

“This was quite a big test for a new system,” South says. “The process so far has been fairly smooth and we’ve seen a similar return of renewals as in previous years, which is positive.”

Options for the future

So far, Weld Australia has only scratched the surface of CAMS’ capabilities.

“At the moment we’re primarily using it to store our member data and provide a gateway for members and other customers to transact with us by booking onto events or training courses,” South says. “In general, we’re finding CAMS a lot easier to navigate – though, like any system, it has its quirks.”

Her advice to other Associations embarking on a transition is to be very clear about what you want to achieve from the outset and get your businesses processes bedded down first.

“Building a system and then trying to shoehorn your business processes into it can be inefficient,” she says. “At the same time, you need to look for opportunities to streamline. Nothing will reveal bad practice or inefficiencies in your business like developing a system to support it!”

Talk to us today. 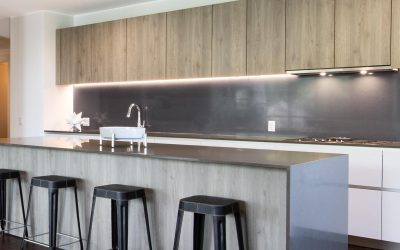 How Clade helped ACFA boost membership renewals by over 30 percent.

How Clade helped ACFA boost membership renewals by over 30... 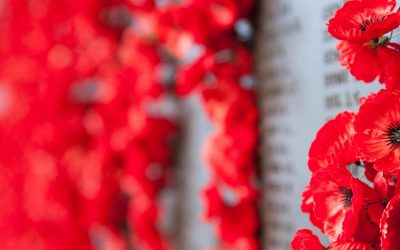 The Australian War Widows Guild of NSW represents an...

Are you ready to take your association into the future?

I want to see CAMS in action